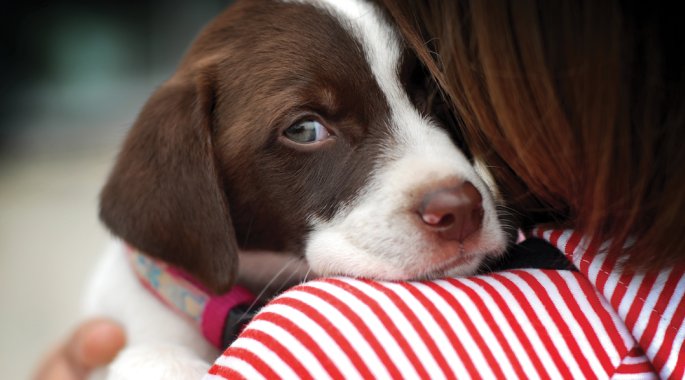 For decades, pet processes were something of an afterthought within the policies governing rental housing communities. They weren’t regarded as much of a competitive differentiator, so they were often relegated to the auxiliary portion of the rental agreement.

But as pet ownership continues to ascend and more residents than ever are focused on the comfort levels of their animal companions, pet-inclusive policies are becoming a greater priority for property teams. While it’s still a work in progress for the industry, operators that have boosted their levels of pet-friendliness are reaping the financial and operational benefits.

The recently released “Pet-Inclusive Housing Initiative Report” (PIHI), conducted by Michelson Found Animals and the Human Animal Bond Research Institute, reveals that residents in pet-friendly housing remain 21% longer than those in homes that do not permit pets and that 83% of operators say pet-friendly vacancies are more rapidly filled.

“The shift is definitely underway as apartment operators are making a determined effort to promote pet-friendliness as a key initiative,” said Judy Bellack, Industry Principal for Michelson Found Animals. “For the first time, you’re seeing communities lead many of their marketing campaigns by targeting pet owners and by touting their pet-centric amenities.

“More encouraging is that many of these communities are starting to shed antiquated breed and weight restrictions and become more flexible with their pet limits when they can,” she says. “Yet, despite the recent headway, research highlights an apparent disconnect between the operator and prospective residents on just how pet-friendly communities truly are.”

The report also includes recommendations for communities to increase their pet-friendliness, including offering a free month of pet rent, eschewing traditional pet deposits in favor of renters insurance and creating agreements and screening processes that focus on well-behaved pets. The report recommends the above steps in addition to the responsible elimination of various breed and weight restrictions and an increase in the number of pets permitted in each apartment home.

The following is a look at a few operators who have already deployed many of the recommendations and the benefits they’ve experienced.

The Management Group, an Atlanta-based apartment operator, eradicated breed and weight restrictions in 2019. The company also made the commitment to enhance its dog parks twice a year with fresh mulch and perform various upgrades such as adding pet tunnels and obstacles as well as benches for pet owners.

“The results were nothing short of amazing,” said Jamin Harkness, Executive Vice President of TMG. “After one year of our wide-open pet policy, we found that 80% of the residents with pets renewed. Based on this metric, we also do not charge pet rent. We believe the savings of vacancy loss, and from not having to turn the unit, far outweigh any pet rent we could charge. Too many fees tend to irritate residents, anyway.”

TMG also increased its pet-friendliness by encouraging prospects to bring their pets on tours and by inviting existing residents to stop by its leasing offices for treats and to sort through a basket of pet toys. Water bowls and pet-waste stations are also provided throughout the grounds of TMG communities. To remain responsible to the non-pet-owning demographic, TMG also adopted a pet-waste DNA tracking service to help keep communities clean.

Additionally, TMG hosts a varying monthly pet event, including meet-and-greets and pet photo opportunities. The company also offers incentives when residents adopt a pet from a local shelter or rescue group by waiving the nonrefundable portion of the initial pet deposit. Furthermore, TMG regularly features pets each week across its social media platforms, TikTok in particular.

TMG initially made the move to ease restrictions based on a service animal request. The request was for a then-restricted breed that exceeded TMG’s weight limit. While engaging TMG’s insurance provider, Harkness discovered that the provider did not label breeds as dangerous. The company then partnered with a screening service to manage service and assistance animal requests and effectively track its pet population, and subsequently eliminated all restrictions. Now, denied service/assistance animals are still welcome to move-in as a regular pet.

“We no longer have to decide which pets are allowed to live here and not,” said Harkness, who indicated TMG’s three-pronged approach of screening, a DNA service and commitment to enhanced
dog parks has worked wonders. “If you asked me to get rid of my dog, Jax, to live in a certain community, I’d look elsewhere. We certainly want to be the choice for pet lovers.”

Leon Capital, a Dallas-based investor with a large multifamily presence, also made the move to responsibly eliminate all pet restrictions. The positive results were nearly immediate.

“The biggest thing we’ve noticed is that not all of our competitors, especially in certain markets, are doing the same,” said Crystal Martin, Managing Director of Asset Management for Leon Capital. “That really gives us an advantage when people are looking for a home, especially in the more urban markets where people might be waiting longer to have children and their pets are essentially becoming their children.”

Martin has also noticed a sharp decrease in insufficient service and assistance animal requests. These are oftentimes created because a resident has a pet that falls under a restricted list. With all pets welcome, most of these residents are happy to pay regular pet rent—they just want to be able to live with their pet.

“It basically eliminates that whole conversation,” Martin said. “People are more upfront about their pet, and from a business standpoint it makes sense because we receive the regular pet income that might have been lost.”

It’s no secret that the industry’s overall pet revenue has somewhat dwindled because of the service and assistant animal component, so the steps taken by TMG and Leon Capital have served as a way to combat that trend.

Martin said she has observed firsthand the PIHI report’s finding that pet-friendly homes lead to longer stays. She believes pets are the primary social connector among neighbors at Leon Capital communities, and when residents bond, they tend to stay longer.

“We all know that from a retention standpoint, people don’t want to move from a place where they have friends,” she said. “Pets are a great way to make connections throughout your community, and I’ve definitely seen that in the form of longer stays—even more so now that our communities are so pet-friendly.”

Like TMG, Leon Capital also hosts pet adoption events and waives initial fees for those acquiring a new pet. Additionally, Leon Capital will provide something of a grace period for those living in the community with unregistered pets by offering them a chance to properly register their pets and forgo the initial deposit.

With pet-friendliness more paramount than ever in the rental housing sector, many operators are deftly using it as a competitive differentiator. Industry data, such as that supplied in the PIHI report, continues to tell a similar story. Essentially, rigid policies won’t attract pet owners as regularly as those that are increasingly friendly and place an emphasis on pet-owner responsibility.

If operators continue to adapt in the coming years, they’re likely to discover they have happier residents and, by extension, improved bottom lines.

AN INSIDE LOOK AT A PROPERTY MANAGEMENT INTERNSHIPNovember 15, 2021 ESG: WHAT IT IS AND WHY YOU SHOULD CARENovember 1, 2021