Late fees are a major part of SB21-173, which is headed to Jared Polis for his signature 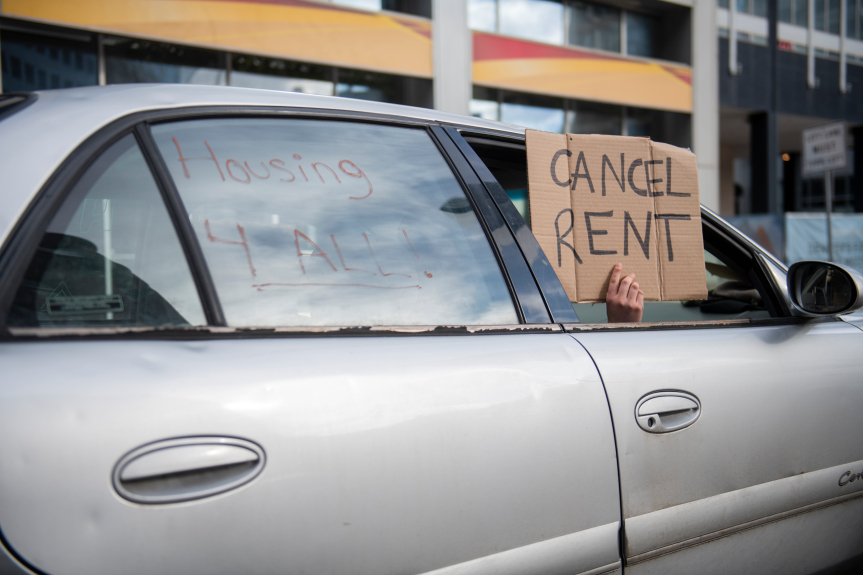 The Colorado legislature has passed a Democratic bill that would make it easier for financially struggling tenants to stave off eviction.

SB21-173 will head to Gov. Jared Polis, whose office has not responded to a request for comment on whether he’ll sign it into law.

The bill guarantees renters a weeklong grace period before they could be charged late fees. At present landlords can charge late fees after just one day, without a cap on how high those fees can rise. The bill would also restrict late fees to either $50 or 5% of overdue rent — whichever is higher — and landlords could only charge late fees once per late rent payment.

Eviction defense attorneys who backed the bill say they’ve had clients whose late fees run into the high hundreds, sometimes above $1,000. Zach Neumann, who co-founded and directs the state’s COVID-19 Eviction Defense Project, said he and his colleagues have dreamed of a policy like this one since the pandemic began.

When it comes to eviction, SB21-173 would let renters stave it off as long as they pay rent at some point before an eviction is finalized; current law allows evictions to move forward after a 10-day period, even if the renter comes up with the money on the 11th day. The bill would also give renters an extra week to prepare for eviction hearings, instead of hearings that can happen the same day a renter files a response to a landlord’s eviction filing.

The bill would also make it harder for landlords to evict people from units that are unsafe, unclean or unhealthy, and would protect renters from being locked out of their units.

“Overwhelmingly, you’ve got good tenants and good landlords. But what happens when things get hard?” said Julie Gonzales, a Denver Democrat who sponsored the bill. “When a global pandemic hits? When somebody is a few days late on rent? When a landlord finds themselves in a position where they have to move to evict? … Just having a few days to come up with the rent can mean the difference between stability versus moving into a car or finding yourself on the street.”

It wasn’t clear at times whether the bill would make it out of a House committee because of concerns from multiple Democrats who are also landlords.

Another major piece of housing-related legislation that awaits the governor’s signature is HB21-1121, which would limit rent increases and provide renters more time to vacate their homes after evictions are approved. The legislature also committed to spending up to $550 million of federal stimulus money on affordable housing.